From boathouse bay in Loch Stack the burn winds it’s way up to the Ghillies Loch a short distance away. This loch is only available to estate workers in thanks for the efforts they make in helping guests. From the Ghillies Loch the next loch up the chain is Loch More, connected to the Ghillies Loch by no more than five yards of shallow water which can be traversed by stepping stones.

Loch More is longer and narrower than Loch Stack, with greater expanses of deeper water in the middle section. As a result, fishing takes place at either end of the loch with two beats allocated named Smiddy and Kinloch. Fishing is available on both but the hotel recommends the Kinloch end in preference as salmon tend to pass the Smiddy end without stopping.

The charge for a boat on the Kinloch end is £50.00 per day with two rods permitted per boat – a small price to pay for a good chance of migratory fish in magnificent surroundings. The services of a ghillie are not mandatory, as on Loch Stack, due to the smaller area for fishing and general absence of unmarked underwater obstructions.

During the high days of the 60’s and 70’s Loch More was often preferred for sea trout by Scourie anglers and days on it were booked way in advance.

Brown trout and Arctic char may be taken with a brown trout of 9lbs being caught on the dap in the 90’s. Arctic char would be of a size similar to Loch Stack.

Boats on Loch More are available at an extra cost of £50.00 per day and should be requested at time of booking. 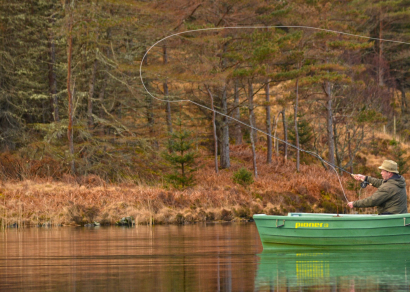 The Duart system consists of two beats – Lower Duart and Upper Duart. It includes a series of… 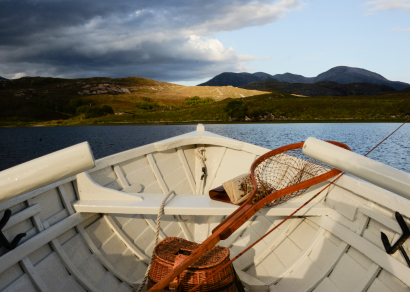 During the 60’s and 70’s, Loch Stack enjoyed an enviable reputation as one of the foremost … 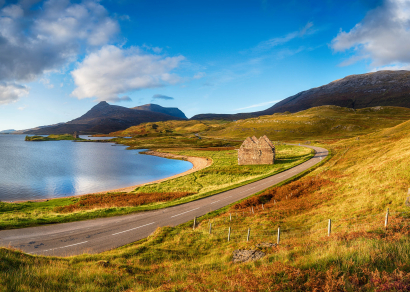 NC 500 Accommodation at the Scourie Hotel

Scourie Hotel, located north of Ullapool, is an excellent place to stay when travelling the Nor…